Вwe know that seals are more irrational, lazy, and even decorative and over the years are not very mobile), and even less suitable for travel, but these two fluffy creatures from Japan have refuted such a banal look at purring. Fuku-chan and Daikichithat's the name of these cats, together with his 49-year-old owner Daisuke Nagasawa general manager of a technical company, visited all 47 prefectures of Japan.

Photos taken during the trip against the background of the country's significant landmarks are proof of this. For several years, cats have seen so many new places, wonders and beauties that not even every ordinary person can boast of such a thing) 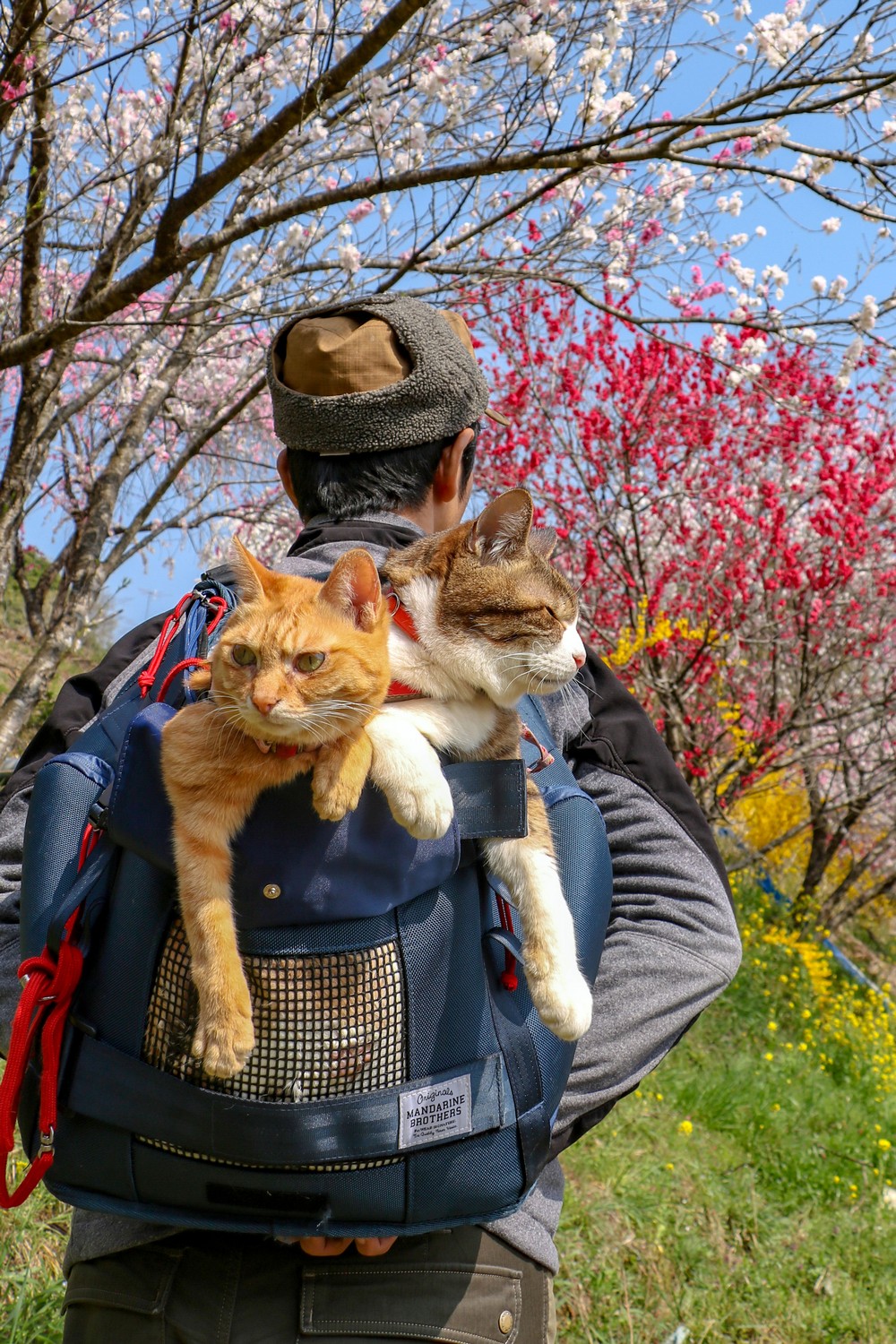 1) All cats, fluffy, bald, large and small, relate to changing places without obvious delight. They, for obvious reasons, are attached to their "sniffed" and familiar territory and to a new place are always suspicious and feel insecure for a very long time.

These two cats have become accustomed to frequent changes in scenery and landscapes over the years of travel. Calm so that they can afford to take a nap. (Photo by Daisuke Nagasawa) 2) Everyone has a “own compartment” in the bag. (Photo by Daisuke Nagasawa) 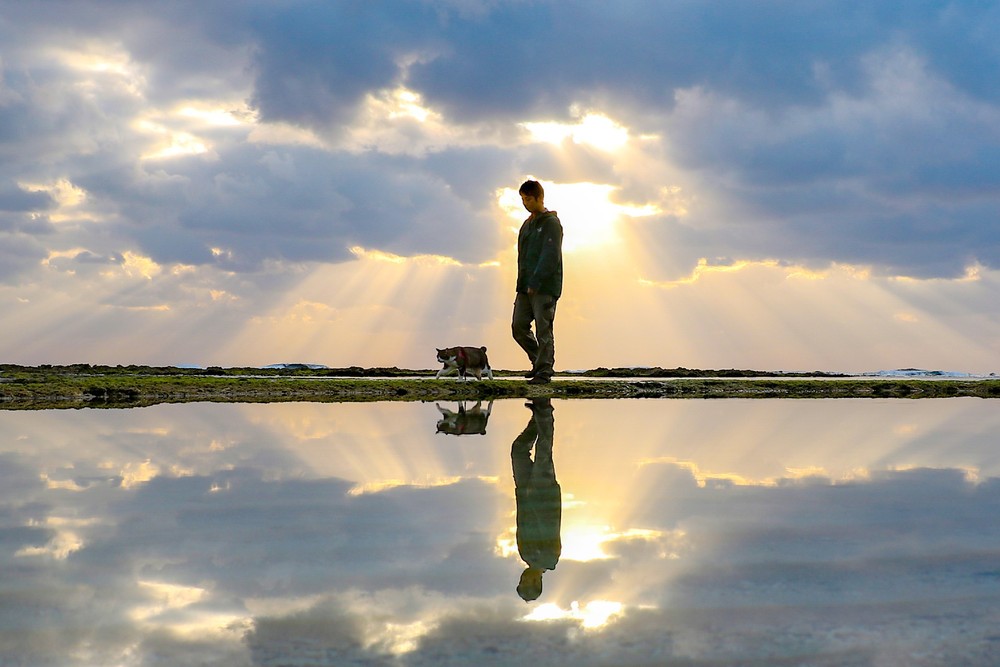 4) To all parts of Japan and the world, where they were with the owner, the cats looked at the surrounding landscapes quite indifferently. (Photo by Daisuke Nagasawa) 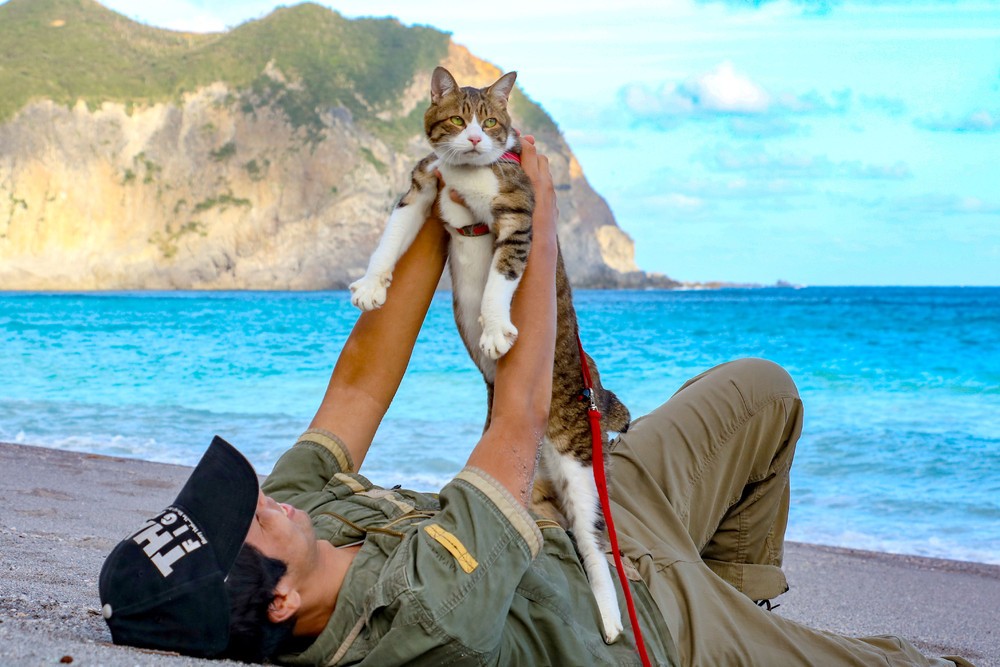 5) Sometimes it makes no difference. (Photo by Daisuke Nagasawa) 6) On the check. (Photo by Daisuke Nagasawa) 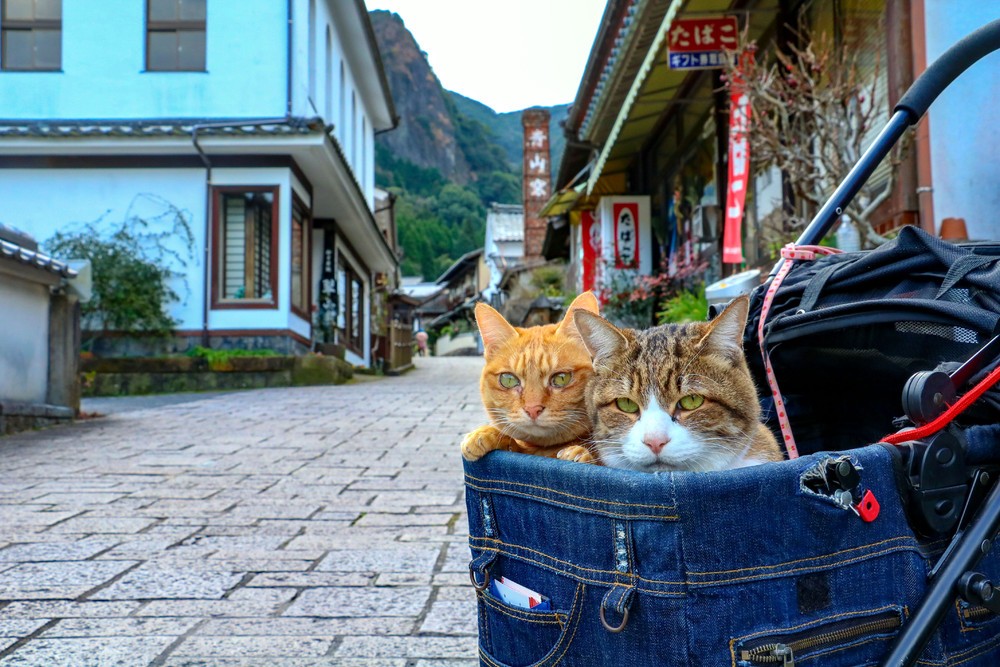 7) And sometimes with interest. (Photo by Daisuke Nagasawa) 8) And they've seen a lot. (Photo by Daisuke Nagasawa) 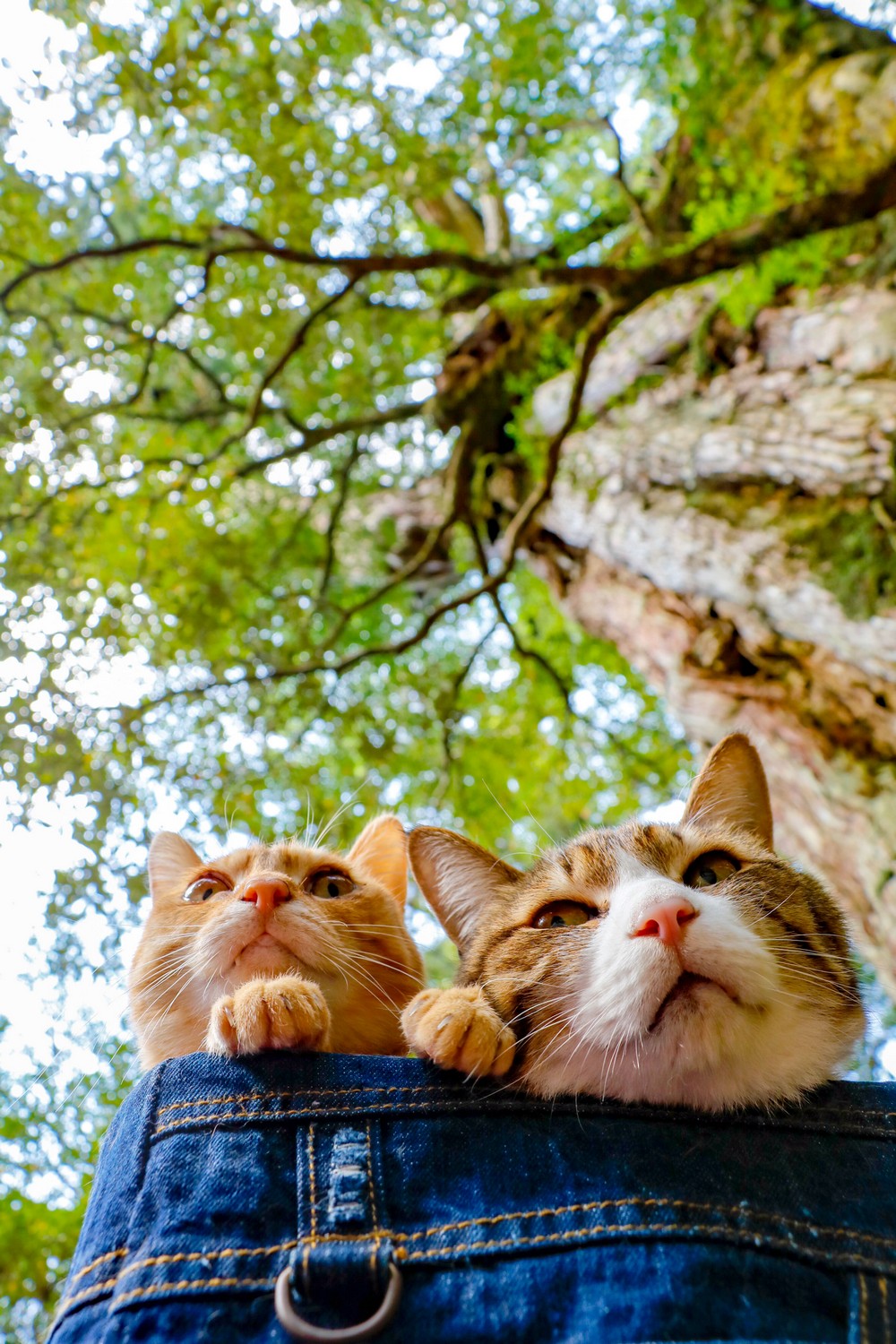 10) One is always on duty) (Photo by Daisuke Nagasawa) 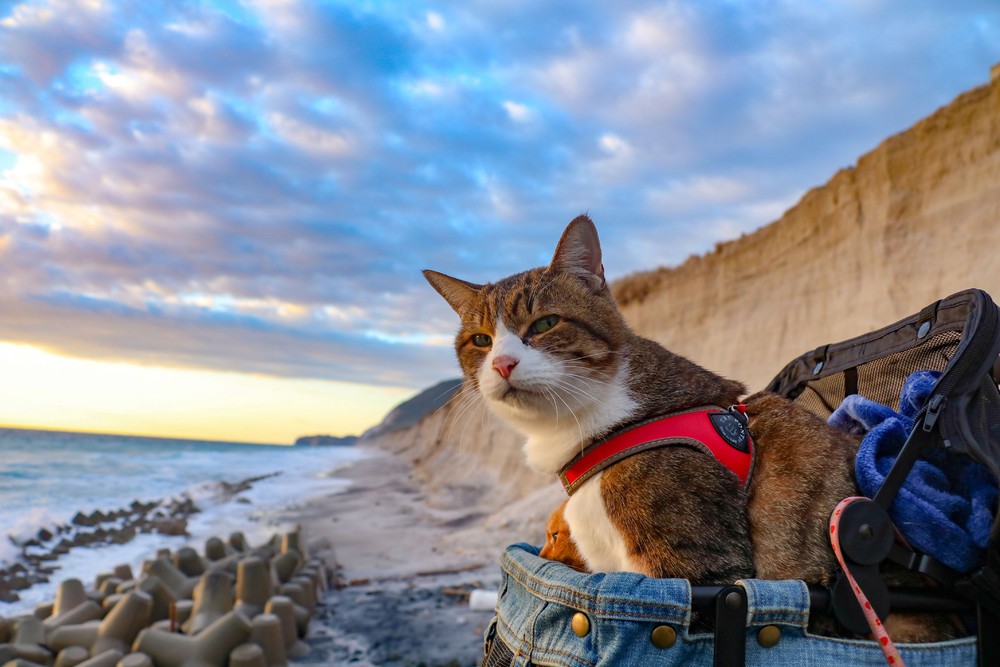 Video review of the travels of Daikichi and Fuku-Chan cats with their owner Daisuke Nagasawa. 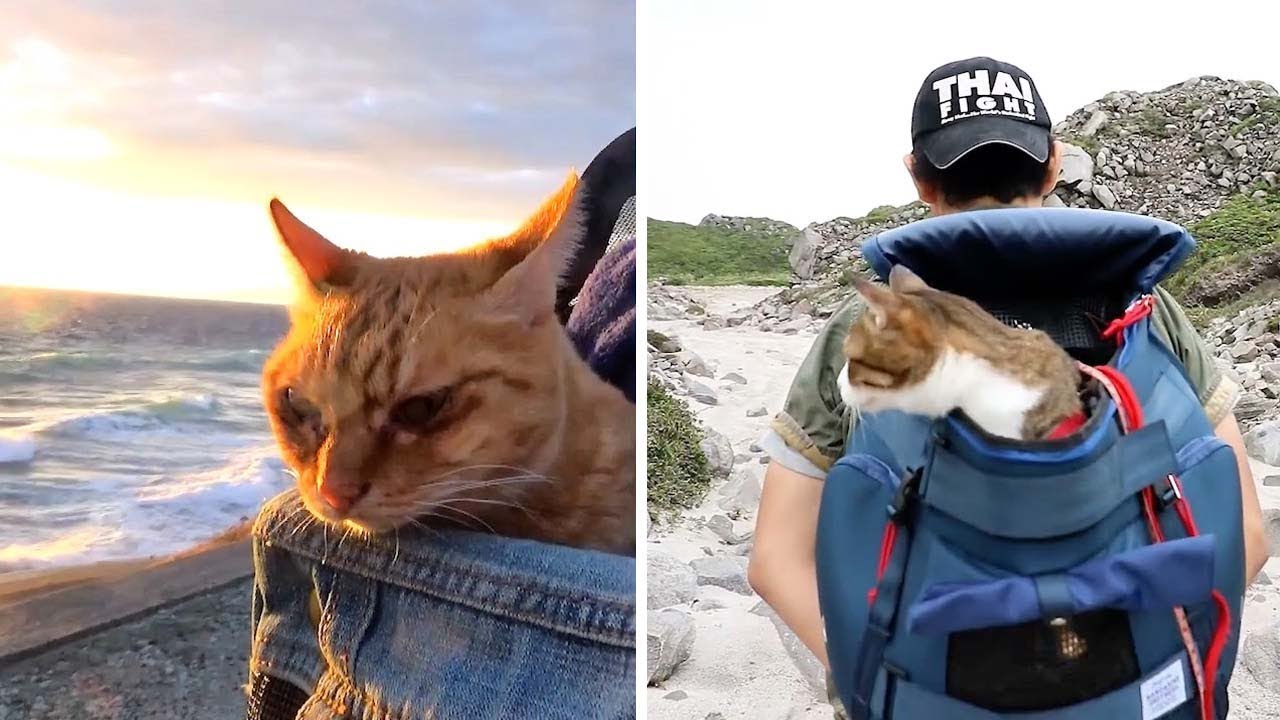 You can also watch photos and videos with cats and cats online on tablets and smartphones android, ipad, iphone (iPad, iPhone, Android) and on other mobile devices on the entertainment site youtebem.com
.
Thank you for being with us! We wish you a pleasant stay and a great mood!

The most dangerous animals of the world - Amazonia