The hottest, most interesting and beautiful show of Victoria Secret 2018!

8 November 2018 in New York took place for the 23rd time the traditional show of the Victoria's Secret lingerie brand, which annually turns into an unforgettable colorful celebration with feathers, rhinestones and the demonstration of endless legs of stunning beauties from all over the world. All show we can only watch 2 December, but for now we have a great opportunity to see how the models were preparing for the biggest show of the season!

Supermodels come to the podium Elsa Hosk, Kendall Jenner, Jasmine Tux, Adriana Lima and others as well as sisters Gigi and Bella Hadid - all of them, as usual, presented a new collection of seductive and beautiful underwear, from which the strong half turns pale and become real Men!) What was the show in your memory? Firstly, it turned out to be one of the most expensive in the history of the brand - 10 million US dollars were spent on preparation and implementation.

Secondly, performances Rita Ora, Shaun Mendes and other famous artists. Third, the first fashion show Candice Swanepoel after childbirth and touching goodbye Adriana Lima, who took to the podium as an "angel" for the last time, by the way, she was recognized as the best angel of all time. And also - a demonstration of Fantasy Bra for 1 million dollars by a Swedish model Elsa Hosk, collaboration with designer Marie Katranzu, return Gigi Hadid and Kendall Jenner and, of course, the exits of stunning models to the catwalk. The latter is better to see with your own eyes - we share a hundred of the most awesome shots.

The brightest intrigue Victoria's Secret Fashion Show 2018 became the exit Elsa Hosk in a bra for $ 1 million. It was studded with two thousand Swarovski crystals! The supermodel was delighted and thanked the brand for the opportunity to present such a precious luxurious outfit - a real jewelry creation. And for the fourth time, shoe maker Brian Atwood was entrusted to create shoes for beauties. The designer came up with a whole collection of 100 pairs of sandals, ankle boots and shoes in 18 interpretations.

So, we look forward to December 2!)

Behati Prinslu
After a two-year break, the model finally returned to the show. During this time, Bekhati managed to give birth to two charming babes to the vocalist of the Maroon 5 group Adam Levin. 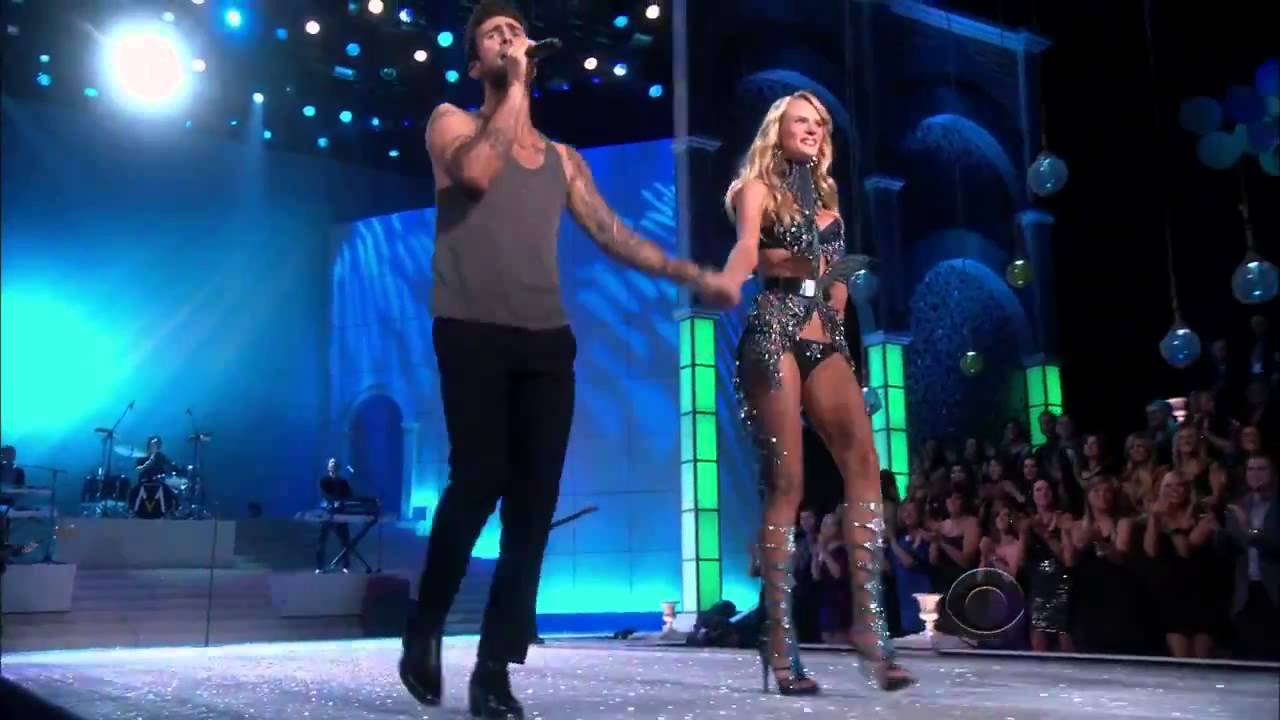